Why Would I want to Live in…….

La Quinta CA?   Well the first reason is that it is very pretty in La Quinta. Often referred to as the “gem” of the Desert. There are Great Mountain Range views. Lots of golf courses, nice homes and plenty of shopping and dining. As a result, La Quinta has become the upscale hub of the East Valley and you will find many of the little luxuries of life here.

La Quinta   In Spanish it means Country estate or Inn so perhaps it is fitting that the La Quinta Resort was the impetus for the founding of this town.  Originally started in 1926 this resort remains to this day one of the most luxurious and exclusive in an area full of first-class resorts.   There is a little of everything from luxury resorts, golf courses, public art installations, nice parks and city sports facilities to major retail outlets and quiet subdivisions. A nice mix of gated and nongated communities to choose from and the schools are good. La Quinta is referred to as the Gem of the Desert and one visit will show you why. La Quinta is also home to PGA West comprised of six golf courses, clubhouses and many thousands of homes and condos. In fact, it is impossible to separate La Quinta from golf with the numerous course and golf communities that fill the town. Some of the other communities you will hear about in La Quinta include Rancho La Quinta CC, The Citrus, The Hideaway, Griffin Ranch, The Palms, The Tradition, Haciendas at La Quinta,  Mountain View Country Club, Palmilla, and Renaissance.  There is are even fractional ownership opportunities in La Quinta. You can share a home with up to 8 other owners, call us for details.  Your only limit on indulging your perfect golf getaway is your budget.

Luckily in La Quinta, there are beautiful options for every budget. The City is well planned and locals will tell you how great the schools are.  The corridor along Highway 111 has grown to become a center of commerce for the East Valley and national and regional outlets of almost every variety are represented here.  La Quinta has a vibrant old town with picturesque shops and great dining and every March there is the La Quinta Art Fair with celebrated artists from around the world converging on the city.  Currently, the city has a population of about 34,000 people. 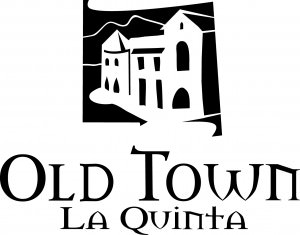